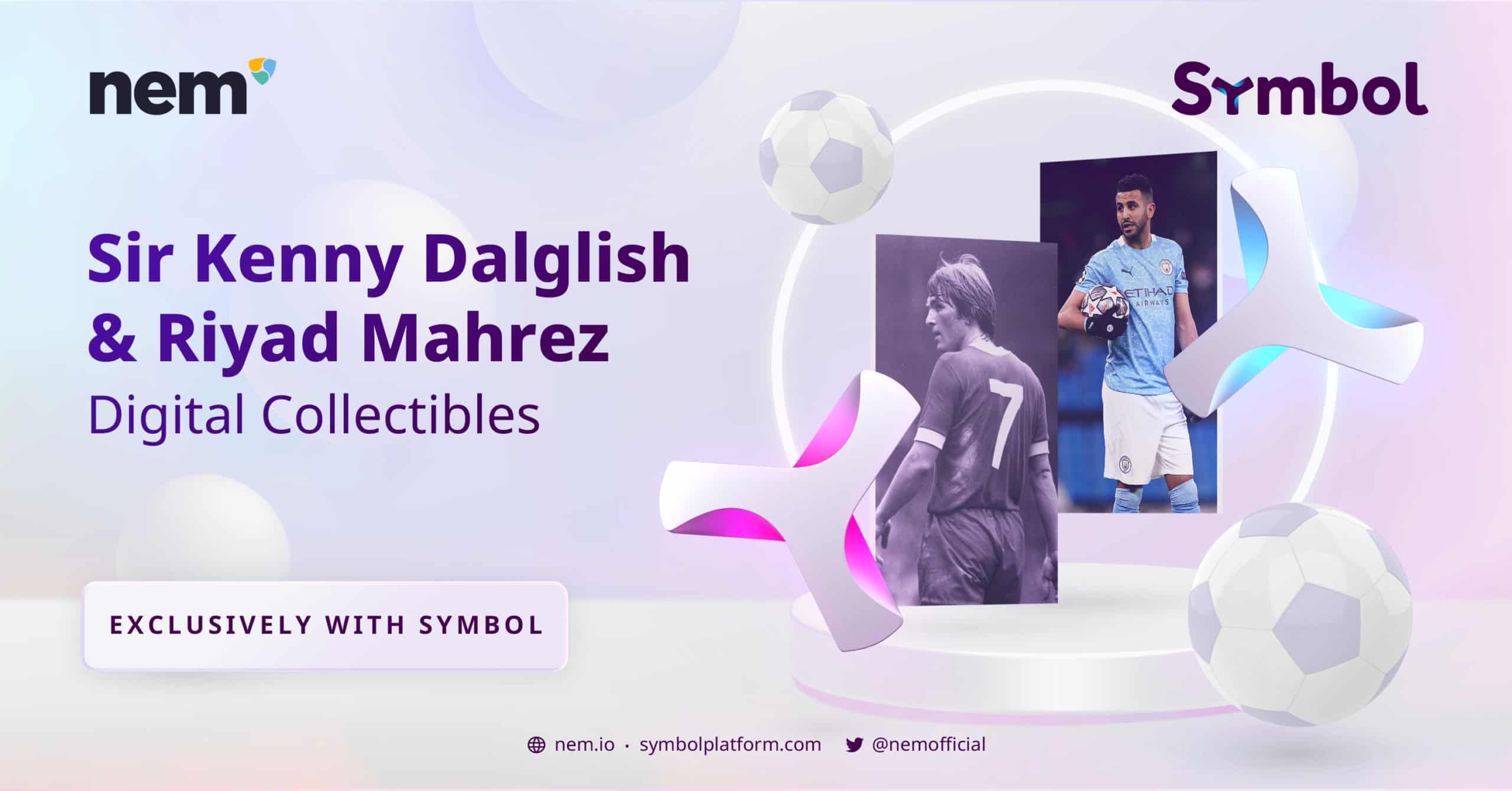 We’re happy to announce that NEM will launch exclusive collections of digital memorabilia in July 2021. They will include digital collectibles of some of the world’s most famous and celebrated sports stars, including Sir Kenny Dalglish and Riyad Mahrez, bringing fans the chance to own a piece of sporting history.

The collections will contain the first-ever digital collectible of football legend Sir Kenny Dalglish, one of the biggest legends in Liverpool FC’s history. He’s the winner of many trophies as both player and manager, being the first Liverpool manager to win the league and cup double in 1985.

Riyad Mahrez is one of the best African football players of all time and has been instrumental in taking Manchester City to the 2020/21 Champions League final for the first time in its history. He was also fundamental in Leicester’s historic Premier League victory in the 2015/2016 season.

These digital collectibles will be the vehicle to bring together two of the best football talents of all time to a legion of worldwide fans — a passion that goes beyond team preferences. A new generation of football fans will have at the tip of their fingers amazing digital memorabilia of top players.

NEMs capabilities for creating digital collectibles on Symbol will unleash a revolution in the creator economy, for music, art, and sport. Fans will be able to purchase memorabilia, collectibles, digital works, and other unique pieces and benefit from a seamless, intuitive interface.

The goal is to deliver a premium product experience that will bring fans and supporters closer to the brands and icons they love.

NEM Symbol, the blockchain for tokenization and digitization of assets

Symbol, the NEM blockchain, was created specifically for asset digitization and tokenization. Features such as mosaics – which are digital tokens with customizable properties that can represent any unit of value – bring creators and consumers closer to everything they need in order to participate in the tokenized economy.

As Mike Sotirakos, Managing Director of NEM Software has commented,

“With hundreds of millions of fans globally, Symbol provides the ability for athletes to share their stories directly through a next-generation collectible platform. Blockchain technology enables us to bring creators and consumers closer together with the goal of promoting access and inclusion to an entirely new tokenized economy – and we’re excited for NEM to be at the forefront of that.”

Symbol is the next step towards the mainstream adoption of blockchain. By enabling the efficient creation of digital assets, Symbol is helping to integrate decentralized technology into people’s everyday lives by digitizing and tokenizing the things they love, and ensuring a fairer value exchange for all.